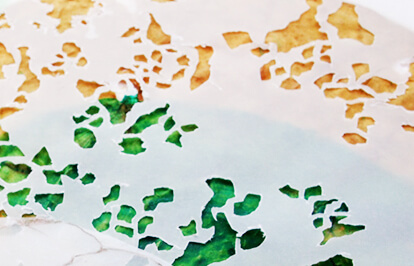 Series of drawings inspired by the Japanese Beetle (Popilia japonica) and its impact on the leaf surface. While deconstructing a familiar form of a leaf it constructs a new image, revealing the inner structures and tiny patterns which compose it. One part of the project involves ink drawings on paper which focus on the processes of destruction, deconstruction and construction. Some of the works are made of drawings on layers of different paper, exploring the possibilities of leaf transformation. Other works are experiments made of pierced aluminium paper and interpret the inner leaf structures using three-dimensional form. 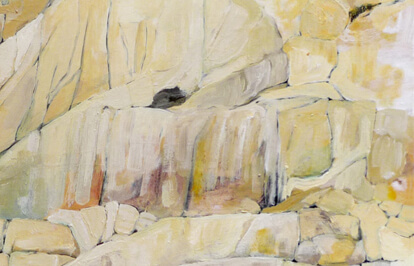 Series of works inspired by natural landscapes and rock formations. It includes the Zugspitze mountain located on the border between Germany and Austria, and La Pedriza, a part of the Guadarrama mountain range in Spain. 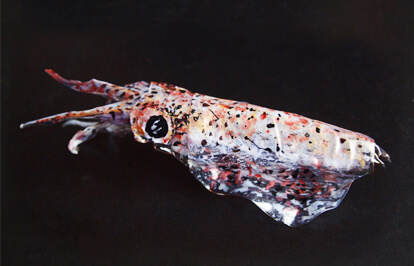 Two projects dedicated to the impact of the mankind on wildlife. One of them has been made as an installation for the 16th Planet Earth Exhibition organized by the Applied Artists and Designers Association of Serbia (ULUPUDS), titled Illegal Wildlife trade. The installation consists of five paper cubes that represent a few species targeted by the illegal wildlife trade (Black leopard, Orangutan, Gila monster lizard, Indian star turtle and Alexandrine parakeet). The work is inspired by the means of transportation of valuable animal species which involves confined spaces and very bad conditions, due to which many of them do not survive. The other one focuses on the plastic contamination and its impact on marine species that mistakenly replace it for food. The species included in the project are a Green Turtle, Langoustine, Laysan Albatros, Puffin and Squid. 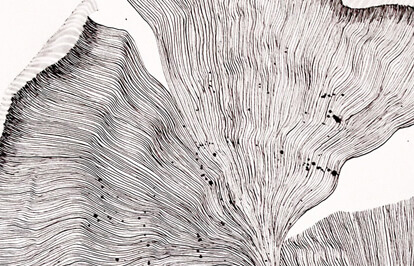 Series of drawing on paper made by using black or blue ink. Some of the works are made as a part of the Inktober project, made by an artist Jake Parker, which proposes daily drawing themes for the month of October. 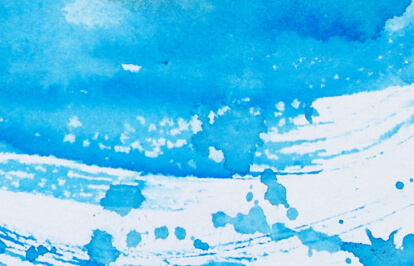 Series of small format watercolour exercises made during seaside trips in Budva (Montenegro), Crete and Athens (Greece). Most of the work focus on the colour and form of people and the water exploring the possibilities of brush strokes. All of the works have been made using the salty seawater. 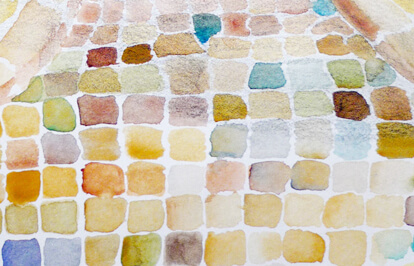 Series of paintings inspired by cities. Some work are exploring the human figure, others are focused on cityscapes and some are interpreting city details. The cities included in the series are Belgrade (Serbia), Madrid (Spain) and Pécs (Hungary).